In the early 1700s an Inuk paddling a traditional Greenland kayak landed, alone and exhausted, on a beach near Aberdeen and died three days later. His kayak and hunting gear can still be seen today in the local Anthropological Museum. The idea that a man could have made the journey from Greenland to the north-east coast of Scotland with a tiny boat made from skin, bone and driftwood is difficult to comprehend, but it did happen. Norman Rogers spent most of his spare time in the practical art of kayaking. However, when his passion for paddling small boats was interrupted by an unexplained illness, he set out to investigate the Aberdeen mystery and, as is often the case, one mystery led to another – he discovered that around the same time as the Inuk landed in Aberdeen, individuals in kayaks, described locally as “Finmen”, were seen around the coasts of the Orkney Islands. Searching for the Finmen describes Norman’s researches into the history and culture of the Inuit, with particular reference to their mastery of the sea by means of the kayak, and his attempts to understand and resolve his medical condition and to resume kayaking. It also describes other outside influences which were key factors in explaining how a group of Inuit hunters from what was effectively a stone-age culture crossed the North Atlantic only two centuries after Columbus. 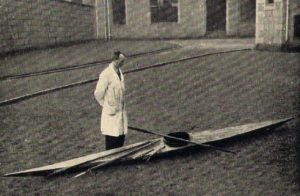